The other week while doing my hair I found my mind consumed with thinking about some things I desire for God to do in my life and that of my family. Don’t get me wrong, I wasn’t worrying, this time, I was actually just pondering about how, when and where.  As I was trying to figure things out in my own mind I heard these words in my spirit, “You have done all that you can do, now let me handle it”.  I must confess that it took me a few seconds to actually process this directive.  See, this was not just a statement but instructions.

There are times we all find ourselves in situations that are completely out of our control. Although we want immediate changes to occur we have to accept that we sometimes lack the power to make those changes manifest.  It is important to remember that we are mortal beings with limited abilities.  God on the other hand is immortal with unlimited abilities.  He is all powerful, all knowing and all seeing.  Even people who deny his existence cannot take away his power and authority or the greatness of his name.  We cannot change people however, God can.  We cannot heal the sick through our own power however, God can.  There is no way that we can take away someone’s deepest hurt and fill voids that seem unable to be filled but God can.  We ourselves cannot deliver an entire nation from bondage but God can.

After receiving the word on that day I allowed myself to meditate on it. I began to think on situations that I have been praying about, crying about and trying to fix for a long time.  Situations that I sometimes choose not to discuss anymore because I am just tired of talking about them.  You see those were the things that I needed to surrender to God completely.  Those things that I have trusted God to change or manifest but the appointed time has not yet come.  I realized that God wanted me to understand that I had given all that I could and now it was time for me to allow him to do what only he can.  He desires to handle all of my issues even things that may seem small and pointless to some.  When God “handles” a situation he is promising to do the work required to fix it.  He is vowing to control and manage it in the way that he sees fit, which will always be the best way.  When we release our desires and situations over to God we can then rest easier, focus more, become more productive and experience joy because we trust that he will “handle” them.  You have done all that YOU can do, now let HIM handle it!    – 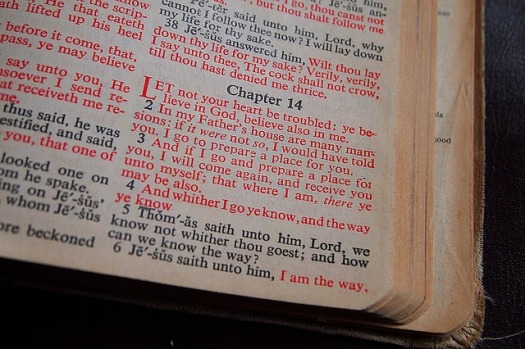 “Come unto me, all ye that labour and are heavy laden, and I will give you rest. Take my yoke upon you, and learn of me; for I am meek and lowly in heart: and ye shall find rest unto your souls. For my yoke is easy, and my burden is light.” Matthew 11:28-30 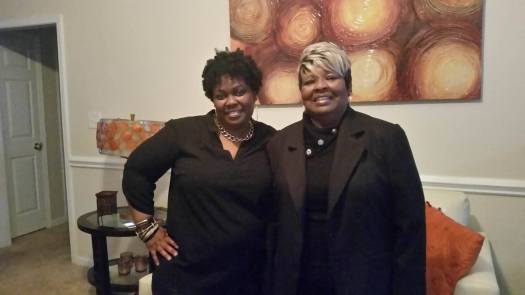 This past Sunday many of us participated in one of the most recognized holidays. We took the time to give flowers to our mothers who are still with us and publicly remember those who have passed on.  Mother’s Day is a joyous occasion for many but a sad time for even more.  That day is not only used to recognize and honor mothers but also grandmothers, aunts and anyone else who has willingly taken on the role and heart of a mother.

The true heart of a mother comes in many forms. We have birth mothers, adoptive mothers, grandmothers, god mothers, foster mothers, step mothers and any woman that takes on the task and duties related to being a mother.  We characterize a mother as one who loves, nurtures, supports, cares, sacrifices, trains, teaches, protects, disciplines, corrects and much more.  True mothers have a true heart, a heart that cannot compare to any other when it comes to the love for their children.  In most cases there is an unfailing love that comes with the true heart of a mother.

Throughout the bible we see examples of mothers who display this true heart. Let’s begin with the mothers of Moses.  His birth mother loved her son to the point she was willing to allow someone else to raise him in an effort to save his live.  She knew that by keeping him her son would surely be killed.  Although she may not have realized it but her heart for his life despite her misery helped her son to enter into God’s plan for his life.  He would return to his people at God’s appointed time for God’s predetermined will.

Moses’ adoptive mother loved him in spite of his connection to her biologically. When he was found she immediately knew that he was not an Egyptian by birth but she loved him enough to raise him as one with all of the royalties that she felt was due unto him as her son.  She did not allow his identity interfere with her heart for him.  As a result of the hearts of his mothers Moses was able to walk into his destiny and fulfill his purpose.  His name will now be forever known.

Hannah had a burning heart’s desire to become a mother although she was barren. This longing could not be filled with anything other than the child she was so desperate to have.  The void in her heart caused her to be misunderstood as a result of her grief.   Hannah cried unto God and in her distress she offered the son that she was not yet able to have, back to God.  In his faithfulness, God remembered Hannah and blessed her with a son named Samuel.  Just like Hannah a true heart of a mother realizes that the best place to have her child(ren) is in the hands of God.  The mother of Samson was chosen to birth and raise him after being unable to conceive for many years.  God gave her specific instructions in raising her son and she was obedient.  The true heart of a mother realizes that the blessings for her children often lie in her obedience.

Mary, the mother of Jesus, had the true heart of a mother. One day while attending a wedding there was a need for more wine. Mary immediately knew that her son was more than capable of fixing the problem and meeting the need.  Although Jesus response to his mother seemed to imply that he had no business being involved in the situation because it was not his time yet, Mary continued to prepare the servants to follow Jesus’ instructions.  The true heart of a mother sees the potential in their children and despite the circumstances they always push them forward.  Mary knew that with her son in the place, the one and true living savior, there should not be any lack.  As a mother it was Mary’s job to motivate her son while showing him that she was his #1 supporter because she believed in his abilities.  We have no idea if Mary was expecting Jesus to perform a miracle or provide in a more natural way but we do know that she was confident in his abilities to rectify the situation.  This was the start of many miracles that would be performed by her son. 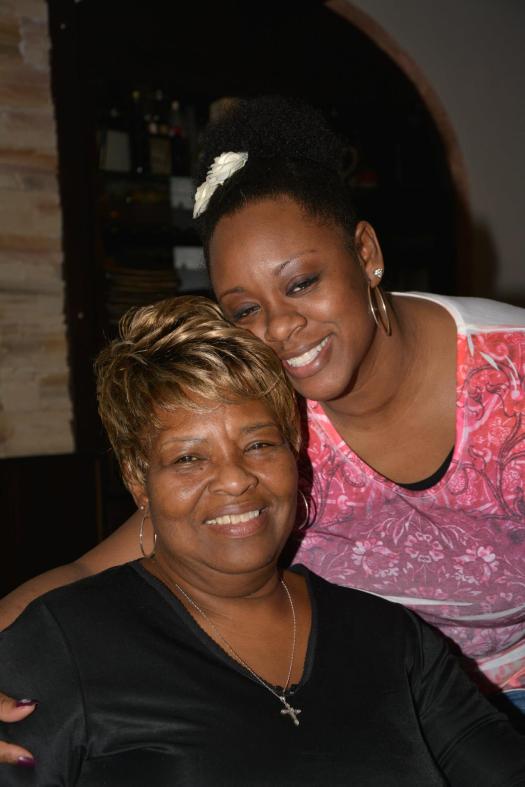 **This is dedicated to the woman who helped me become the woman of God I am today because of her true heart, my mother, Rose Brown. I love you mom and I thank for your sacrifice, your tears, your discipline and your teaching.  Your hard work has and is paying off.  Hugs and kisses from VA!!!  **

“Favour is deceitful, and beauty is vain: but a woman that feareth the Lord, she shall be praised.”  Proverbs 31:30

No, please not another year! Do I have to wait another year?  What have I done to cause this long delay?  How do I find the strength to continue even though I am discouraged and tired?  I believe these are questions many of us have asked during our time of waiting.  When there is a strong desire, waiting can seem almost impossible to do at times.  Although it may seem hard, don’t give up, it will come at the appointed time!

What is an appointed time?  A time that is predetermined, predestined, set and fixed.  In every promise God has scheduled an appointed time.  For many years before the birth of my daughter I struggled with the ability to wait.  I knew that God had promised me a daughter but I often became overwhelmed with the process.  At one point I tried to convince myself that I no longer believed because that seemed easier then accepting that God had an appointed time for his promise to manifest.  There were many times I heard, “it’s not time yet” and honestly I would become offended and defensive.  How easy it seemed for someone who had a daughter to say those words to me.  I mean really, they had no idea how I felt! Well, that is what I believed at the time.  Actually, most of us understand what it means to wait.  Everyone may be waiting on different things but it does not change the fact that they are waiting.

When I found out that I was pregnant with my daughter it seemed surreal.  It was really incredible since my husband and I had lost our twin daughters 3 years before.   God’s promise was actually manifesting after years of crying, times of questioning and moments of doubting.  I now realize that there was a set time for her conception, her birth and her life.  God had already preplanned everything concerning her and although the promise was given to me and the desire grew stronger each year there was still an appointed time.

I encourage anyone who is in a time of waiting to be confident in God’s promises.  He is always a keeper of his word and no matter how bleak it seems never lose hope.  During our time of waiting it is important to stay encouraged.  Although you may have your moments of discouragement do not stay there.   Talk to a friend, begin to prepare for the promise as though it is on the way and continue to believe.  Utilize your time of waiting in a positive way.  Begin to focus on building your visions and dreams, self improvement and bettering the community.  Even in the midst of waiting there are opportunities to move forward and to achieve success.  Many times there is a path we must take prior to getting where we would like to go. Pray for guidance, walk your path and never give up because the desire will come forth at the appointed time. Regardless of what you are waiting for there is something for you to remember. Wait! Don’t give up!  It’s coming in time!

“But let patience have her perfect work, that ye may be perfect and entire, wanting nothing.”    James 1:4 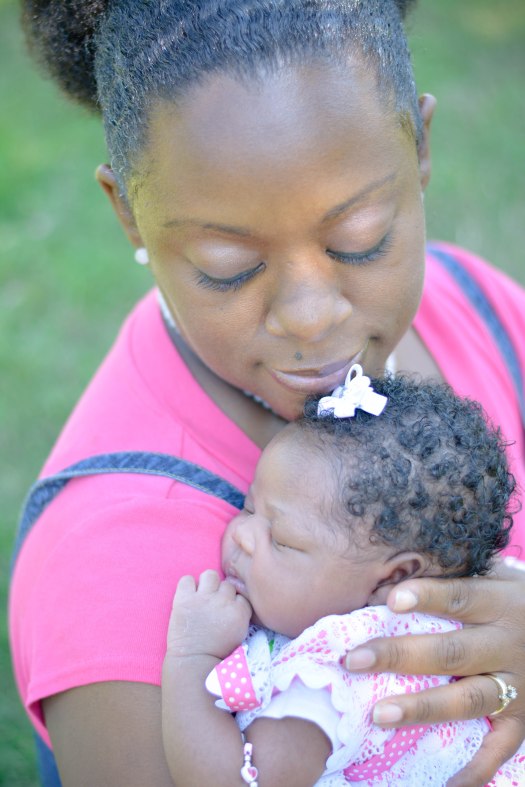 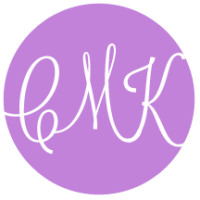 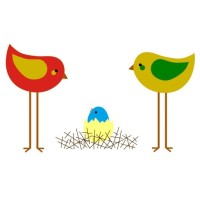 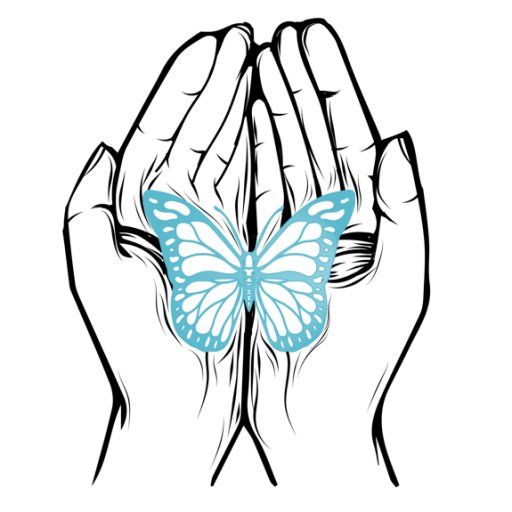 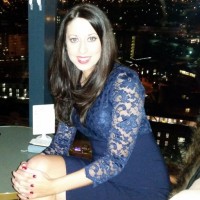 It is time to be inspired!

Natural Hair and Other Kinky Stuff

After The Pain
The Invisible Hypothyroidism

"Be Your Own Thyroid Advocate."

Inspiration From the Father

God wants to speak to us all. May this blog be a source of encouragement to you as God has encouraged me.

A Leader In Urban Media

A daily selection of the best content published on WordPress, collected for you by humans who love to read.

A lighthearted look at life on any given day

The Art and Craft of Blogging

It is time to be inspired!

Natural Hair and Other Kinky Stuff